How Can I Obtain a Divorce in Maryland? 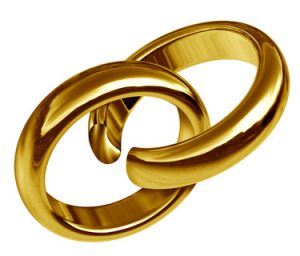 When one spouse has grounds for divorce, he or she can file a Complaint for Absolute Divorce with the Circuit Court in the county where either spouse is living. When the Court receives the Complaint, it will issue a Writ of Summons. The spouse who filed the Complaint will then have to serve the other spouse with the Writ and the Complaint. The next step for the Court to take is to set up a Scheduling Conference.

Each county court system differs slightly with respect to the Scheduling Conference, but it is typically scheduled within the first couple of months after the Court receives the initial Complaint. The Scheduling Conference is for the purpose of setting deadlines and hearing dates for the case. The Court will issue a Scheduling Order after the conclusion of the Scheduling Conference, which will include discovery deadlines for the case. Discovery is a process that helps parties prepare for litigation and includes depositions, written questions which one party must answer under oath, or the request of documents that one party must produce. The Court can also issue an Order for Mediation, which would allow the spouses to have settlement discussions with the help of a neutral third party facilitator.

If the spouses need the Court to resolve any temporary issues (i.e. support or custody) during the divorce process, they can have a pendente lite hearing. A pendente lite hearing is a hearing held to establish a temporary solution to immediate problems encountered by the spouse. These hearings are often limited in time and heard in front of a Master who issues a Report and Recommendation to a Judge.  The pendente lite Order will then control the decided issues in the case until the spouses either reach a settlement or the Court enters a Judgment of Absolute Divorce.

There will be a Settlement Conference a few months after the Scheduling Conference. Here, the spouses and their attorneys will meet with a neutral third party, often a retired judge or attorney, who will facilitate settlement discussions. If the spouses are unable to reach a settlement, the court will schedule a trial date for a hearing on the final divorce.

In between the court hearings, the spouses, individually or through their attorneys, can discuss possible settlements. If at any time the spouses come to an agreement, they can ask the court to set the matter in for an uncontested hearing. After the final hearing, the Court will enter the Judgment of Absolute Divorce upon a finding that all of the statutory prerequisites for obtaining a divorce have been met.