When Can I File For Divorce in Maryland 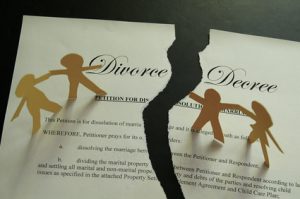 Under Maryland law, spouses can file for either an “Absolute Divorce” or a “Limited Divorce.” A Limited Divorce is helpful for a spouse seeking temporary child support, alimony, and/or custody, but it does not allow for remarriage or termination of property claims. An Absolute Divorce is final and allows Judges to resolve all issues arising from the marriage.

There are several grounds for a Limited or Absolute Divorce, but the easiest and most preferred grounds for obtaining a divorce for those who do not want to assess blame to the other spouse for causing the end of the marriage is through a voluntary separation. So long as the spouses are living in separate residences, not staying under the same roof, and not having sexual relations, the spouses can file for a no-fault limited divorce. Once the spouses have continuously lived in separate residences without cohabitation for one year, either spouse can file for an absolute divorce.

While the spouses may have grounds for a divorce, it might take a few months before the divorce is actually granted due to court availability for a hearing. A court cannot grant a divorce without having a hearing where at least one of the spouses and a corroborating witness testify about the marriage and separation. If there are child or support issues, it may be best to file a Complaint for Limited Divorce right away to get the court process started. A spouse can typically file a Complaint for Limited Divorce and then file a Supplemental Complaint for Absolute Divorce in the same case once the one-year of continuous separation without cohabitaion has passed.

A spouse can file for divorce at any time once there are grounds for the divorce. Rather than having to prove one spouse was at fault, the simplest way of obtaining an Absolute Divorce is waiting until the separation has been continuous and without interruption for one year.