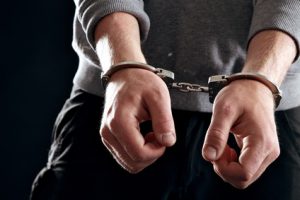 When charged with a crime, the best possible scenario is for a nolle prosequi (referred to as “nol pros;” pronounced like “null pross”) to be entered for the charge. This means that the charge is dismissed and that the State is no longer going to prosecute the charge, so there will be no trial. The second best scenario is to be acquitted, meaning found not guilty, after a trial.

Another possibly favorable outcome in a Maryland criminal law case is to enter into a stet agreement. If a case is “stetted” that means it is placed on an inactive docket. The case is not dismissed and a trial can be scheduled for the case if there is a violation of the terms of the stet agreement, but the State is not actively prosecuting the matter. Typically, a stet is offered for first time offenders charged with minor crimes. The stet is often part of a deal such as community service or the completion of a diversion program. In most counties in Maryland, the State will often file for a nolle prosequi once the stet agreement is completed.

Yet another possible outcome in a criminal matter is probation before judgment (“PBJ”). This outcome is less favorable than the others discussed above because it is a result of a guilty plea or finding, or the plea of nolo contendere. For certain offenses, a Judge can place a defendant on probation subject to reasonable conditions prior to entering a judgment.

Most offenses that resulted in a nolle prosequi, acquittal, stet, or PBJ can be expunged from a person’s public record. An expungement will remove the record from public inspection, but it is not removed from all possible agencies. There are certain restrictions on when and for what offenses a charge can be expunged. Expunging a record is a good idea to maintain privacy, and it can also help if you are charged with a subsequent offense so that the previous offense does not appear in a public record.