What is an Uncontested Divorce in Maryland? 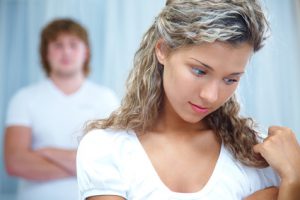 While divorce is an emotional challenge, it can be done in an amicable way. Whether through the assistance of lawyers, mediators, or just discussions between spouses, divorcing spouses can often come to a resolution out of court. While it is not required, a written agreement is highly recommended for any out-of-court settlements, especially if there are children, property issues, or debt. Once the spouses have reached an agreement on all issues and grounds for divorce exist, the parties can request an uncontested hearing.

In Maryland, Judges cannot enter a Judgment of Divorce without first having heard testimony. At least one of the spouses and a witness must testify to corroborate the allegations in the Complaint for Divorce. Testimony must be given to establish that the spouses were married, that they have a written agreement (if applicable), and that there are grounds for the divorce. In the majority of uncontested cases, the spouses will proceed with a no-fault divorce. The moving spouse and his or her witness will have to testify that the spouses have been living separate and apart for at least one year without cohabitation and without interruption. If the spouses have minor children, there will need to be testimony that the child support is in compliance with the Maryland Child Support Guidelines.

Uncontested hearings generally last one half hour or less. The hearing can be in front of a Judge, Master, or a Standing Examiner. If conducted by a Master or Standing Examiner, a report will be issued to the Judge for final approval before a Judgment of Absolute Divorce is entered. Unless the uncontested hearing is in front of a Judge who signs the Judgment that day, the spouses will not be divorced on the day of the hearing. The divorce is not final until a Judgment of Divorce is entered.